Reasons for Optimism, Pessimism in the Year Ahead

The 2019 DLA Piper Annual State of the Market Survey reveals political and end-of-cycle concerns among executives.

LONDON—In June, the US economy reached its 121st consecutive month of economic expansion. That broke the previous record of growth, which spanned from 1991 to 2001. While this decade of sustained growth is precedented, some executives surveyed in the latest 2019 DLA Piper Annual State of the Market Survey, expect the next 12 months to continue to produce positive results.

In the prior survey (conducted during the government shutdown), 42% of respondents said they had a bullish outlook for the next 12 months. In the 2019 survey, that percentage jumped to half of participants. 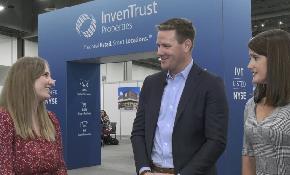 InvenTrust’s grocery-anchored strategy and focus on growth markets in the Sunbelt region helped to insulate its portfolio through the pandemic.