The Math Behind A Last Touch Warehouse Location

Delivery times from Last Touch facilities can be measured in hours, Prologis said in its white paper.

SAN FRANCISCO—Not all logistics real estate is created equal. Thus begins a white paper by Prologis on the need to redefine logistics real estate. “With a range of features and locations,” it writes, “properties can have widely different purposes, yet current industry definitions seldom go farther than ‘warehouse/distribution’ and ‘flex’.”

Briefly, these are defined as:

The categories are differentiated primarily by the amount of time goods spend traveling between a facility and their next or final destination, the paper notes. It is the newest of these categories, Last Touch, which is also the most interesting given the increasing demand for same-day delivery.

Macy’s, to name just one example, is currently testing free same-day delivery—an innovative and unusual step for a department store.

Selecting the right location for Last Touch facilities is, to state the obvious, key to their success. Delivery times from Last Touch facilities can be measured in hours, Prologis said. As a result, location characteristics for this segment are the most similar to retail. Building-level characteristics are often secondary to location considerations. “Furthermore, the largest, densest markets often have the greatest challenges to on-time delivery (such as high congestion), which increases the importance of well-located facilities,” according to the paper. 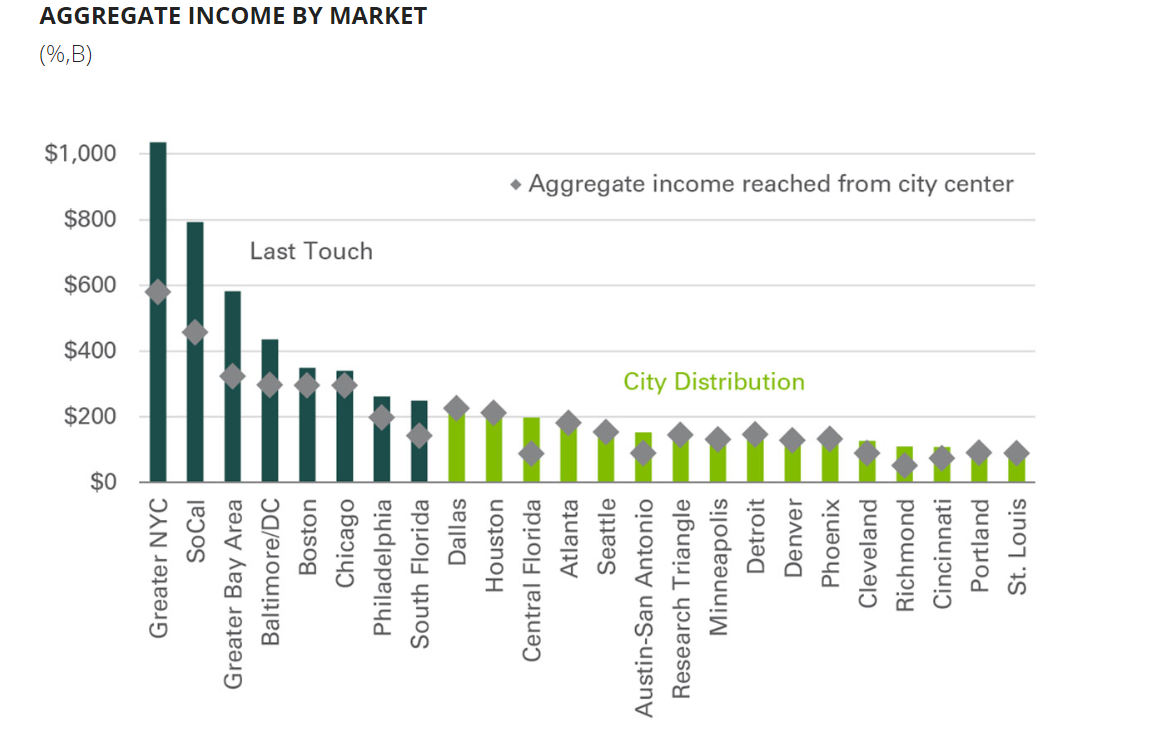 Income as a Factor

A relative ranking based on income reach within a drivetime radius reveals the best and worst locations for Last Touch and City distribution within a market, Prologis said.

“While a logistics real estate user may seek to offer a similar level of service across cities of a certain size, the nature of cities yields several differences crucial to site selection,” the industrial REIT wrote. For example, it wrote, some $600 billion can be reached within one hour of the center of Manhattan while $180 billion can be reached from Atlanta’s city center.

Also, the market penetration of any one facility will likewise vary, it noted. Given the vastness and scale of New York City, for example this $600 billion translates to about 56% of total market income; in Atlanta, that figure is 94%.

Lastly, Prologis said, the range of market penetration—the proportion of the total market income reached from a particular site—between building locations is more pronounced the larger and denser the market “Therefore, it is important to construct an index that reveals relative positioning within a market, and adjusts for the differences between markets,” it said.

“Last Touch locations have an Income Reach of 95% or higher; while City locations are 85% or higher,” according to the paper. “The shorter the promised delivery timeframe, the more important it is to maximize aggregation potential, thus the higher cut-off for Last Touch.” 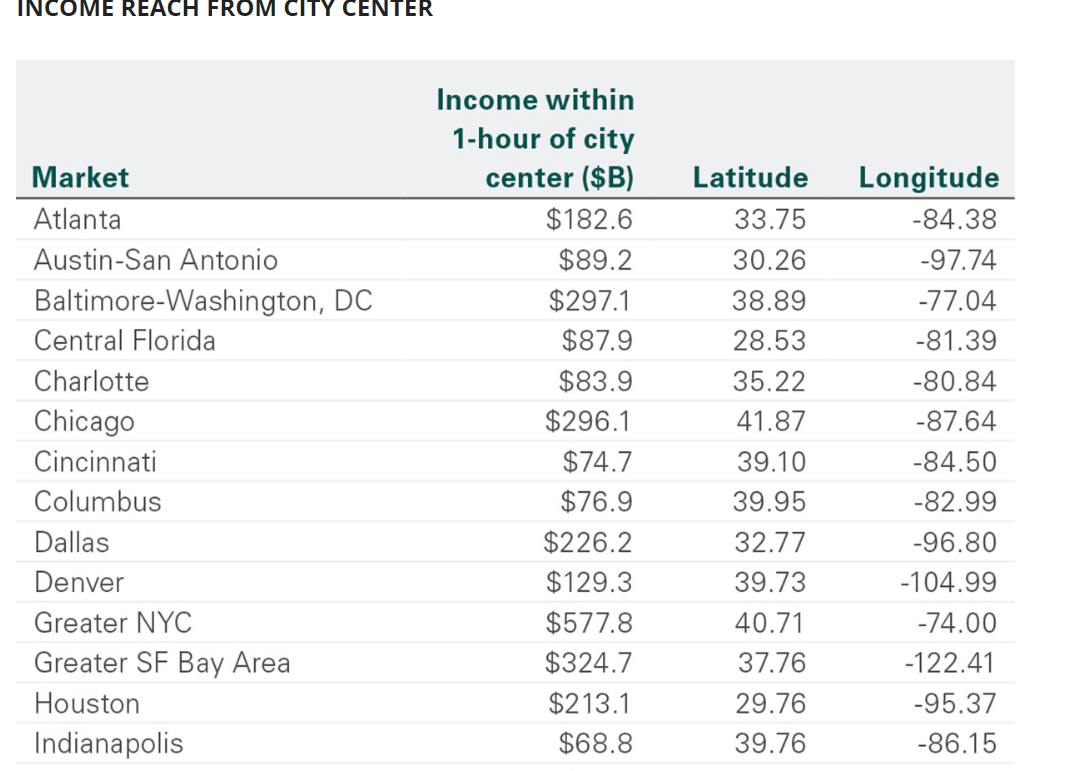 GlobeSt.com and GlobeSt. Real Estate Forum are pleased to reveal our top picks for 2021 Woman of Influence professionals in the category of independent/non-business professionals.

The Retail Experience Will Be More of the Same in 2021

Social distancing, frictionless experiences and outdoor spaces will continue to be the trend for physical retailers this year.