'Piece-by-Piece' US Is Catching Up With the GDPR, Says Squire Privacy Co-Chair

Squire Patton Boggs’ newest data privacy and cybersecurity group co-chair shares the top cases lawyers are watching in the European Union and beyond, and why the U.S. isn't that far from having a GDPR-like approach to data privacy.

By Victoria Hudgins | October 02, 2019 at 11:30 AM | The original version of this story was published on Legaltech News
X

It’s not just oceans separating the European Union and the U.S. Some would say that the U.S. is lagging behind the EU because it doesn’t have a national data privacy law while the EU has the broad General Data Protection Regulation (GDPR). But Squire Patton Boggs’ recently promoted data privacy and cybersecurity group co-chair Rosa Barcelo says upcoming U.S. data privacy laws aren’t all that far apart from the GDPR.

In her new role, Barcelo will expand the firm’s international data privacy team, which she joined in October 2018 as a deputy chair. Before coming to the firm’s Brussels office, she served as deputy head of the cybersecurity and digital privacy unit of the Directorate‑General for Communications Networks, Content and Technology (DG CONNECT), which carries out the European Commission’s digital economy and society, culture and media policies. 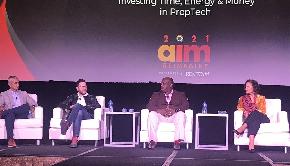