'Getting the Lead Out'-Moving Towards Safer Regulations

Among all of the dangerous chemicals in our environment, Lead has probably been the most prevalent in recent news. Nearly half a million children between ages 1 and 5 have what is considered an ‘elevated level’ of lead in their blood (at least 5µg/dL). While this may not seem to be that serious, there have been no safe levels of lead established. Some common exposures, most especially for children, happen through lead contaminated water and deteriorated lead-based paint in residential facilities or child occupied facilities built before 1978. All of the recent attention has compelled federal and state organizations to tighten up regulations to prevent our most sensitive populations, primarily young children, from being exposed to this harmful contaminant.

Lead typically enters the drinking water supply via the corrosion that occurs on older lead pipes or pipes soldered with lead containing materials. The chemical composition water passing through lead pipes can either prevent corrosion or allow them to break down leading to lead contaminated drinking water.

The Environmental Protection Agency (EPA) has said that they will announce new standards for lead in drinking water for the first time in 20 years. The 2014 Flint Michigan lead in drinking water crisis has put pressure on the EPA to re-evaluate and the estimated 6 million homes with lead pipes. While lead pipes were banned in 1986, some city service lines contain lead pipes, as do older homes.

In the State of New Jersey, school boards may be moving towards regulations that may require school districts to perform lead in water testing every three (3) years as compared to the current schedule of testing every six (6) years. In addition to these new regulations, New Jersey Schools will be expected to post the results of the testing publicly, in a place that can easily be located by parents and guardians. Currently, 20% of schools through the State do not post the results of lead in water testing.

Even though lead paint was banned in 1978, if your home was built in the mid-1970s or earlier, there is a chance that it could contain lead based or lead containing paint (even under coats of newer paint). Again, children are at the largest risk, since they naturally chew, put their hands in their mouth and/or play near the painted surfaces most susceptible to breakdown (such as windows and window sills; doors and doorframes; stairs, railings, banisters, and porches).

While the EPA has had lead-based paint regulations in place since 1992, the City of Philadelphia recently proposed a bill aimed at ensuring that children in rental housing aren’t exposed to lead based paint hazards. This new bill, which will go into effect in October of 2020, will require landlords to test all rental units for lead every four years, which strengthens the previous bill passed in 2011 that only required testing of units with families who had children 6 years old or younger.

Dr. Jelin is a Project Manager for Partner Engineering and Science, Inc. (Partner), with a specialization in Industrial Hygiene and Environmental Consulting Services across a variety of industries and industry sectors, with a focus on occupational safety/health and limiting client liability. He has shown to be an efficient and effective manager of projects throughout the United States by maintaining and ensuring project scheduling, monitoring daily operations, assuring technician and contractor compliance, communicating regularly with clients, regulators and the public (if necessary), and developing and reviewing written products for clients. He is familiar with both regulatory and consensus standards and guidelines that will help protect workers and the public from hazards, while also limiting client liability. Dr. Jelin prides himself on being able to take on a variety of difficult projects and being able to provide clients with an expert opinion and consultation. His experience includes client consultation in a wide variety of areas some of which include asbestos hazard identification, abatement protocol development (including Negative Exposure Assessments (NEA)), on-site abatement oversight and clearance services; Exposure assessment for health and safety compliance for lead, asbestos, and Volatile Organic Compounds (VOCs); Indoor Air Quality investigations; Lead Based Paint and Lead Hazard identification; and Fungal/Microbial/Moisture contamination. 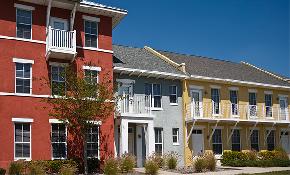 What better way to usher in change than to simplify the process, take down barriers, and make the deals more equitable?