Fannie, Freddie New Lending Caps Turned the “Spigot Back On”

Experts on the finance panel at GlobeSt Apartments said the new Fannie/Freddie caps revived certainty in the agencies. 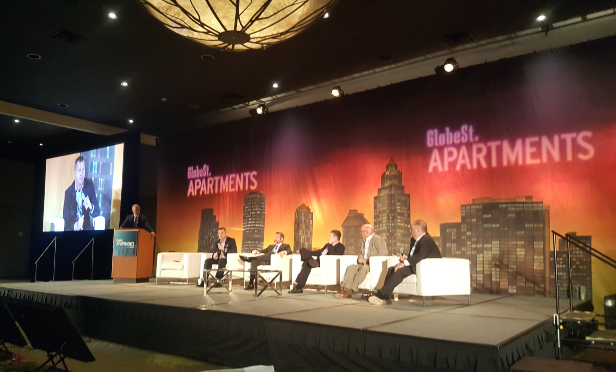 “It is fantastic for everyone in this room to have the certainty in place for the next five quarters,” said Burns on the panel. The agencies have a new regulator, and there was nervousness in the market about how the regulator would approach the business. In fact, there was such uncertainty, lending activity came to a screeching halt in the agency business. “Now, they have set out clear guidelines,” added Burns.

The new guidelines include getting rid of the separate green program so that all lending is under the lending caps. They also put a mandate that 37.5% has to qualify as affordable housing, which is roughly in line with the current rate. The new announcement has been well received by the market. “There is certainty now, and we have seen in the last few weeks that they have turned the spigot back on,” said Burns.

The deadline for call for papers is June 13th.