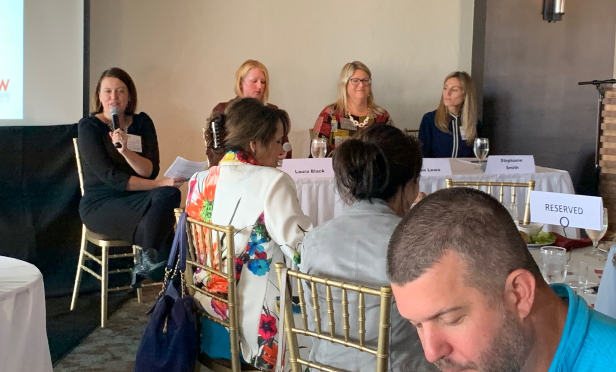 The City of San Diego has been updating its zoning for the last four or five years to ease the development process and encourage the construction of apartment units. The city’s development and planning strategies were the topic of the latest CREW San Diego meeting this week, and speakers agreed that the zoning modernization plan has been successful. Speakers at the meeting included moderator Betsy Brennan, CEO of Downtown San Diego Partnership and speakers Stephanie Smith, managing attorney of Grid Legal; Elyse Lowe, director of development services at City of San Diego; Laura Black, deputy director of community planning and implementation at the City of San Diego.

“City council has been discussing the effects of the housing crisis. Trying to create the easiest process possible so that developers don’t have to go to city council, which can be expensive and long,” Lowe said at the meeting, adding that the city is making a system to empower staff decisions. As a result, the new process has cut six months off of the permitting process. “We are trying to turnaround a slow system. This goes for land use plan updates and the city’s internal processes,” she said.

The city is not acting completely alone. State pressures to develop more housing have also influenced the modernization of the system, according to Lowe. They are requiring units to be added. They are also looking at what local governments are doing. What are the numbers? Where are those units going? They want to know everything from us. It’s a new level of detail,” she said.

Amazon is Hungry for Office Space in SoCal

In partnership with a CBRE Investment Management separate account client, the firm is building a 116,000-square-foot life science property.

Damac Properties submitted the only bid for the 1.8-acre oceanfront property, where it plans to build a luxury residential tower.