Uncertainty Looms Ahead of Showdown Vote on Miami's Beckham Stadium

The Miami City Commission is set to review an unfinished lease and a proposal to kill stadium talks.

By Lidia Dinkova | November 08, 2019 at 07:39 AM | The original version of this story was published on Daily Business Review
X

David Beckham and his soccer stadium group scraped together just enough Miami City Commission votes to get a referendum last year, and 60% of voters agreed to a no-bid lease for the Melreese public golf course.

After a year of sporadic controversy, the future of the proposed Miami Freedom Park is anything but clear. The City Commission is scheduled to vote Tuesday on a last-ditch effort pressed by an opposing commissioner before its composition changes.

“This deal is the largest Downtown since the start of the pandemic, an unmistakable sign of New York City’s recovery and resurgence.” 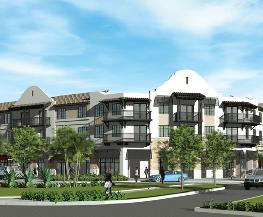 As the housing market in South Florida boomed during the COVID-19 pandemic, the cost of housing and the gap in renters' wages increased with it.  That…