Adeline is the company’s first development project in the Downtown Phoenix market. 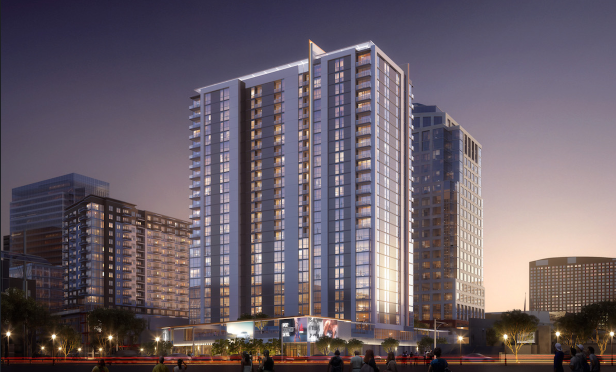 “It was fantastic,” Chris Anderson, senior managing director and Arizona leader for Hines, tells GlobeSt.com about the ground breaking ceremony. “This site has been vacant for 20 years, and to finally see the master plan finishing up and reaching its full potential is really exciting for everyone.”

The land site was a stalled development project left over from the 1990s that had already begun early development. As a result, Hines had to work within an existing framework and bring the developed infrastructure up to current standards. “We had to work within the original vision,” says Anderson. “The prior ownership had already put in infrastructure into the original project, so we had to retrofit on the infrastructure and adapt to what they did. That was our biggest challenge: adapting to a property a property that was designed in the 1990s and bringing it up to date with our modern practices. That was our biggest challenge, but we figured it out.”