Its year-end transactions included a $10-million loan to finance the reconstruction of Seaside Heights’ historic Belle-Freeman Pier, which was destroyed by Superstorm Sandy and a subsequent fire.

ENGLEWOOD CLIFFS, NJ—Procida Funding reports that thanks to a number of significant financing deals in the month of December, the firm ended 2019 closing approximately $134 million in transactions for a range of asset classes.

The locally-based firm, which exclusively manages the open-ended private real estate trust the 100 Mile Fund, announced that among its year-end transactions included a $10-million loan to finance the reconstruction of Seaside Heights’ historic Belle-Freeman Pier, which was destroyed by Superstorm Sandy and a subsequent fire. The Mabie Group, plans to transform the now vacant lot into the boardwalk’s premier entertainment destination, featuring a 17,500-square-foot, multi-tiered restaurant and bar, a pool club for residents and a proposed concert venue. This is Procida’s second project with The Mabie Group. 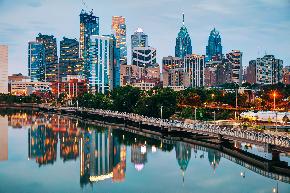 The market has been particularly attractive for those moving from New York, Los Angeles and Washington, D.C