When A Market Turns Hostile To CRE

The last time C-III Capital Partners did a 421-a deal [a New York City property tax exemption for new multifamily buildings] it was in Long Island City before the recent rent regulations went into place. Since then, the math for a project to pencil has gotten harder, said Paul Hughson, executive managing director of the real estate investment company.

To do 421-a, you generally pick where 70% of the units are free market and 30% are affordable, he explained. Now though, “in order to be out from under the rent stabilization law, you need to have $2,775 [per month] or greater rents.”

“So, if you want to build affordable housing in the Bronx, you’re not going to do a 421-a deal because you’re not going to be able to get $2,775 [in rent] on 70% of your units, which means that those units also will be subject to the rent stabilization law. So it won’t get built. So, the 30% [of the units] that would have been there” won’t be built. 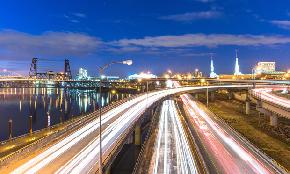 NYC Office Recovery Will be Subdued, Below Average: Fitch Ratings