California Cities Are Among the Priciest in the Nation

A total of 36 submarkets in California landed on a list of the 100 most expensive office markets in the country. 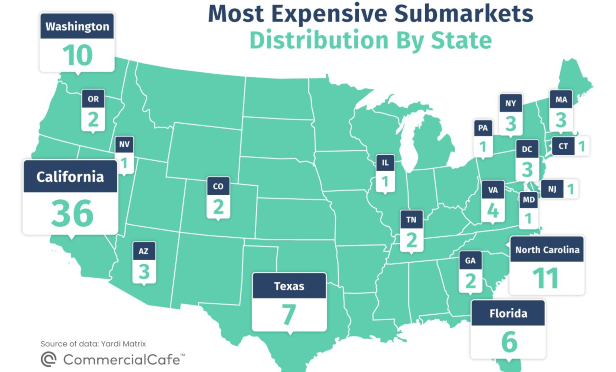 “It’s no secret that the tech sector has a significant effect on office prices in California, particularly in the Bay Area. Large tech companies have been consistently active in Silicon Valley’s office markets; Google was the buyer in all of the three office deals that pushed Mountain View-Shoreline to number one in the most expensive submarkets list,” an expert at Yardi tells GlobeSt.com. “At the same time, the California office market also draws big bets from real estate investment companies: Beacon Capital Partners’ $600 million purchase of the Zynga HQ was California’s biggest office deal in 2019.”