An Update on Bill Gates’ New Smart City in Arizona

The billionaire purchased 24,000 acres outside of Buckeye in Arizona and an additional 2,800 acres in Buckeye.

A few years ago, Bill Gates has announced plans to build a smart city outside of Buckeye in Arizona. Through his subsidiary Mt. Lemmon Holdings, the billionaire spent $80 million to purchase more than 24,000 acres of land with plans to build a smart city, which will include housing, schools, offices and retail. Since the purchase, there has been limited information on the development of the project.

“In November 2017 the media reported that a company associated with Bill Gates purchased 24,800 acres in the Southern Valley between Buckeye and Tonopah for $80 million,” James DeCremer, principal at Avison Young in Phoenix, tells GlobeSt.com. “Gates’ company plans to create a “smart city” called Belmont on the site, which will be similar in size to Tempe, Arizona. According to the Arizona real estate investment company involved in the deal, Belmont Partners it will be ‘a forward-thinking community with a communication and infrastructure spine that embraces cutting-edge technology, designed around high-speed digital networks, data centers, new manufacturing technologies and distribution models, autonomous vehicles and autonomous logistics hubs.’”

In addition, the company has also acquired additional acreage in Buckeye. “In October, Gates was also a recent investor in more than 2,800 acres of land in Buckeye,” says DeCremer. This could be an addition to the firm’s current plans in the market.

Pay It Forward: "Don’t Let Perfection Get in the Way of Progress"

"The best advice I received was to speak the language of the individual/industry you’re trying to influence," says Breana Wheeler, director of US operations at BREEAM. 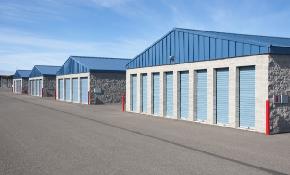 The right location and amenities make a lot of difference.