Second hand retailers are growing rapidly with $28 billion in sales volume in 2019 and an expectation that sales will double by 2023. 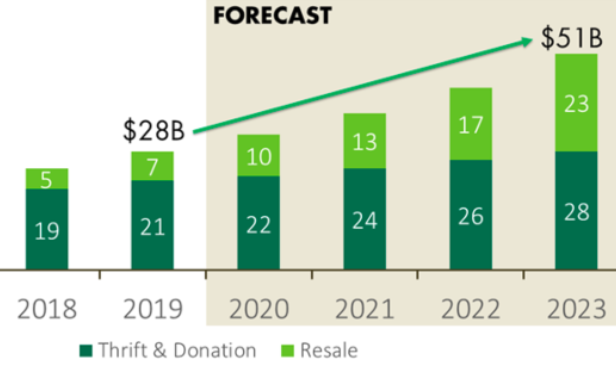 Second hand retailers are growing rapidly in Southern California. According to a new report from CBRE, thrift store and re-sell stores have increased square footage by 51% since 2010 in the region. Southern California, however, isn’t alone. These retailers have been growing nationwide, with a total of $28 billion in 2019 alone, and an expectation that sales will double to $51 billion by 2023—barring of course any setbacks from the current corona virus pandemic.

Silicon Valley Continues to Adapt to a Post-COVID Economy

At a sale price of $275 million, Cupertino-based developer Hunter Properties recently disposed of Phase I of Coleman Highline, a 1.75 million-square-foot mixed-use campus.

Colony closes the $400 million sale of the Colony Bulk Industrial Portfolio, the final step in the firm’s exit from the industrial market.