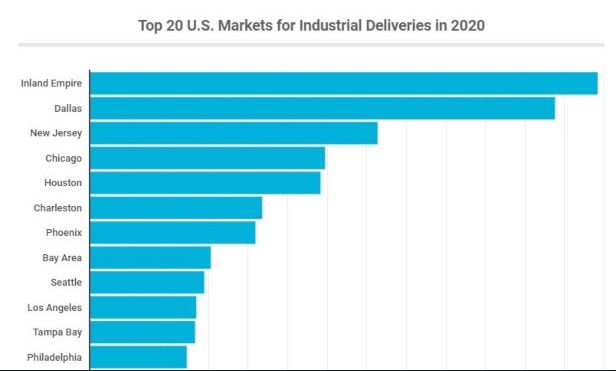 “As the economy was hitting new highs, Los Angeles simply continued on the trajectory from last year,” Patrick McGregor of Yardi Commercial Café, tells GlobeSt.com. “[Los Angeles’] prime location amid a major port and airports, mixed with developable land, make the region extremely attractive. There’s also been a supply shortage in the region that developers are trying to mitigate.”

Phase IA and IB of the Center at Needham Ranch in Santa Clarita is one of the largest new industrial developments in the Los Angeles area totaling 870,000 square feet. However, the majority of new construction activity is smaller box facilities. “Warehouses far outpace more specialized industrial buildings simply because their more versatile,” says McGregor. “While the large developments of 1 million square feet or more make headlines, the majority of industrials buildings under construction are between 50,000 and 400,000 square feet.”

Clarion sells 580K SF asset for three times the price it was purchased for in 2016.