Why Data Centers Demand a Place in Your Portfolio

Data centers are getting a lot of CRE attention with spending on public cloud computing forecast to more than double in four years.

“As opposed to traditional data centers, cloud-based resources need to be close to population centers, typically in an edge data center, in order to effectively serve end-users,” Ortiz says. “Combine that with Cisco’s projection that cloud data centers will process 94 percent of workloads in 2021 and you get a sense of the major need for these smaller, edge facilities close to populated areas.”

“Only one data center under development is less than 100,000 square feet, an indication that smaller facilities are being retrofitted, in lieu of building new,” says Ortiz. “As facilities become less efficient with aging equipment, ineffective airflow management and the need for increased capacity, upgrading these facilities could become necessary. Even cloud facilities built in the last 10 years are being renovated and upgraded to respond to some of these factors.”

Less than 5 percent of the nearly 1,200 data centers across the country have been renovated since 2000. New construction is generally concentrated on the coasts, while renovated facilities are more centrally located, many in the Midwest, Ortiz adds.

Data center demand will only continue to expand as the Internet of Things (IoT) generates massive amounts of data for the cloud. There will be 20 billion IoT devices in operation by the end of 2020, up from 6.4 billion in 2016, according to Gartner, Inc. Statistica projects that number to rise to 50 billion within the next decade.

“While third-party logistics companies were the top overall occupier of bulk industrial space (greater than 100,000 square feet), the data centers/tech/R&D industry more than doubled its space occupied in 2018 and inked 12.8 million square feet [in leases] in 2019,” Ortiz says. “And analysts are expecting an even stronger data storage market in 2020 than last year.”

PREIT to Cut Dividend, Capital Projects and Takes Other Measures to Improve Liquidity 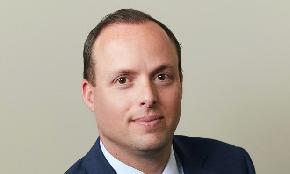