CHICAGO—State and city officials announced on Monday plans to convert a portion of McCormick Place into a 3,000-bed Alternate Care Facility for COVID-19 patients with mild symptoms who don’t require intensive care.

The additional capacity at McCormick Place builds on efforts previously taken by the state and city in response to COVID-19 related cases by relieving pressure on the hospital system by freeing up beds for more patients with severe COVID-19 cases in anticipation of a surge in positive COVID-19 diagnoses to come.

The plan was announced by Illinois Gov. JB Pritzker and Chicago Mayor Lori Lightfoot. Through a multi-phased approach, teams will be working around the clock to complete the conversion of several spaces on the McCormick Place campus. Between three different locations, the facility will have the capacity to care for up to 3,000 patients and will be made fully operational in a series of phases in order to accommodate increased demand for care as quickly as possible.

The state and city are working with the U.S. Army Corps of Engineers and FEMA to build the temporary healthcare setting at McCormick Place to serve patients with low to mild acuity, but who may still need medical attention prior to returning to their place of residence. The buildout will take place in phases, with up to 500 beds expected to be assembled by the end of this week.

To expedite construction, Gov. Pritzker activated 30 airmen from the Illinois National Guard to assist with the general labor associated with the project. The buildout of the facility will be supported by $15 million in federal funding from FEMA to support the Army Corps’ construction plan.

“Based on science, data, and the guidance of health experts, our approach to fighting this virus is two-pronged: suppress the spread and increase hospital capacity to meet the need,” said Gov. JB Pritzker. “A critical component of increasing our capacity is identifying and building out additional facilities across the state to support our existing hospitals and healthcare system.”

“Given the anticipated needs of Chicago’s healthcare system in the coming weeks, the city is proud to partner with Governor Pritzker and state officials to establish surge capacity facilities to relieve the hospital system so it can focus on acute care patients,” said Mayor Lightfoot. 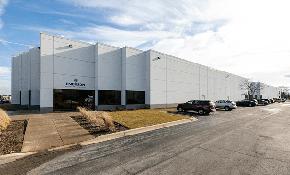