The retail traffic in March likely reflects the panic shopping that broke out when the coronavirus began to spread across the US, according to Unacast. 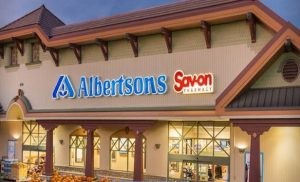 The location data and analytics firm Unacast has launched an interactive scoreboard to track the effect of coronavirus on foot traffic at retail businesses, including grocery stores, restaurants and gas stations, according to a news release.

The scoreboard rates 15 categories of businesses as “hot,” “warm,” “cool” or “cold” depending on whether foot traffic has increased or decreased compared to the same period in 2019.

A rating of “hot” or “cold” indicates that traffic has risen or fallen more than 20%, while “warm” or “cool” means traffic has changed by less than 20%, according to Unacast’s data.

The scoreboard shows that retail traffic spiked, especially at grocery and pet stores, in March as stay-at-home orders began to roll out across the country and again when a national emergency was declared. The spike likely reflects “panic shopping” or a desire to stock up before shopping became more difficult, according to Unacast.

Since then, retail traffic has fallen precipitously in most categories. The scoreboard shows that people are spending more time per visit at grocery stores and gas stations, despite going to those stores less often. Traffic at categories including restaurants, entertainment, clothing stores and travel decreased by 75% or more as of April 10th, the scoreboard showed.

The scoreboard is an extension of Unacast’s Social Distancing Scoreboard, which tracks the changes in Americans’ average mobility, among other factors, since the start of the pandemic.

Unacast uses public datasets along with “aggregate mobility and anonymous device data from tens of millions of devices” to create its scoreboards, according to the news release.

“Data can be one of society’s most powerful weapons in this public health war,” Walle said in a statement. “More than four million people have accessed the Social Distancing Scoreboard since its launch, and it’s been amazing to see leaders from both public and private enterprise organically begin to use it as a communication tool.”

Unacast was founded in 2014 and has offices in New York and Oslo.

JLL capital markets secured the construction loan on behalf of Marquette Cos. for the development of its 278-unit, high-rise apartment tower in Chicago’s Fulton Market.

The fund will focus on multifamily and mixed-use investments, and is expected to close its first acquisition in early November.