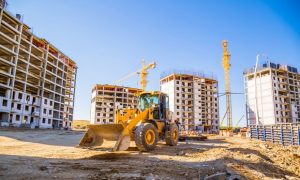 It will focus on providing capital to Black-led affordable housing developers, as part of Goldman Sachs’ One Million Black Women initiative.