Advice for These Times: Buy It Only if You Can Steal It

To make deals in this environment, buyers need discounts and time. 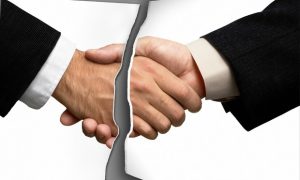 On April 21, Washington REIT closed on the previously announced sale of John Marshall II in Tysons, VA, for $57 million.

To put the sales price in perspective, the REIT originally agreed to sell the building for $63.4 million, after acquiring it in 2011 for $73.5 million.

The buyer, it can be presumed, scored a bargain with this transaction.

As director of strategic planning and litigation support at RCLCO Real Estate Advisors, Charles Hewlett has been hearing a lot about bargains lately. Chief among the talk: buyers, if they’re still in the market, are looking for a deal.

And in many cases, they’re getting cold feet. “I think the current mantra among institutional investors and the pension funds is they don’t want to be in a position where they have to explain to their board of governors a year from now why there is a March 2020 vintage date on an acquisition that they made,” Hewlett says.

Right now, buyers are only ready to make a deal if they’re getting a great price. “If you [as a buyer] don’t get any kind of relief [on price], then you walk,” Hewlett says. “’ You buy it only if you can steal it.’ is the phrase I heard.”

If groups are in the market buying, they’re also asking for time in addition to a great deal.

“Everyone has been told to sort of delay, negotiate more flexible terms so that you don’t have to close in the next 30, 60 or 90 days,” Hewlett says.

Eventually, buyers could see distressed deals driven by defaults or forced by mark-to-market provisions. In fact, Hewlett thinks the CMBS markets “are at pretty significant risk of grinding to a halt.”

“We have mark-to-market provisions in a lot of these instruments that, if forced in the same way they were back in ’08 and ’09, could be creating a problem that I think is really temporary in nature,” Hewlett says. “But it could be a self-inflicted downward spiral if we don’t ease some of these restrictions.”

CMBS will only be one of the issues if economic conditions continue to deteriorate. When Hewlett compares the events of the last month with previous downturns, it paints a dire picture of the economy.

“All you have to do is go back and look at some of the stock market indices,” Hewlett says. “Look at GDP [Gross Domestic Product] in the last recession, and you’ll see that the declines were less than 1% in the 2001 downturn. It was less than 5% in ’08 and ’09, but it happened over a period of years. This [the recent slump] all happened in the span of a month.”

The erosion of the past month has touched nearly every aspect of the American economy. “The consumer drives a lot of GDP,” Hewlett says. “Other than grocery and take-out restaurants, it just went to zero. If this lasts two months or three months, it’s going to hurt.”

Some areas are bracing to get hit especially hard. “This is going to be a real double whammy for poor Houston with the collapse in oil prices as well as COVID-19,” Hewlett says.

As new residents move into Sunbelt metros, existing residents are pushing back against new development.