A Feel Good Story We All Need: CRE Firm Disperses $1.6M in Bonuses

Dollar General is also increasing its bonuses to its employees during the pandemic but so far, no one has matched St. John Properties $10 million in bonuses it distributed to its 198 workers last year. 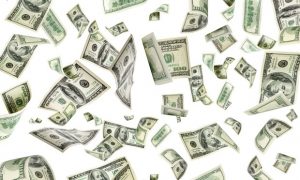 DAYTON, OH—Locally-based Connor Group is distributing $1.6 million in bonuses to its employees. This is found money for the company, in that CEO Larry Connor made it on the stock market in the span of eight days during the coronavirus.

It is not the first philanthropic gesture the company has made. Last month, it committed to paying unexpected childcare expenses for its employees and expanded its associate loan program by increasing loan amounts and extending the repayment period.

While unusual in the commercial real estate community, the Connor Group’s gesture is not completely unheard of.

This latest bonus announcement applied to all full and part time employees across its store, distribution center and private fleet networks employed as of May 1, 2020 and is in addition to the $35 million investment announced on March 24, the company said.

Perhaps the most jaw-dropping bonus announcement in the CRE industry came last December, when St. John Properties announced at the company’s holiday gathering that it was distributing $10 million in bonuses to all 198 of its workers, with the average employee receiving $50,000.

The bonuses were to celebrate reaching the goal of developing 20 million square feet of office, retail and other commercial real estate space in eight states.

Will the Next Stimulus Bill Include Pandemic Risk Insurance?

There is a growing recognition that it’s better to plan and prepare now for the future economic risk associated with pandemic-related and other potential government shutdowns.