How One Company Is Scoping the Landscape for Distressed Buys

By contacting owners of properties, developers and lenders, you can position yourself to buy notes. 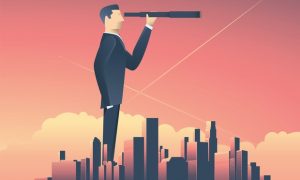 While many funds are forming to make distressed buys in the current cycle, Terrell Gates, CEO of Virtus Real Estate Capital, is taking a different approach. Namely, it is sticking to the same distressed buying strategy it has been using for the last five to six years.

“With these property types, you’ll find that demand for the properties tends to endure in and out of cycles,” Gates says. “Even during recessionary environments, whether it’s the Great Financial Crisis, the early 2000s tech wreck or the ’91 to ’93 recession, you still see tenancy.”

Even though there is consistent demand, those properties can also run into problems. “Those property types are more fragmented in their ownership, and because of that, they have more idiosyncratic risks and there tend to be more operationally intensive than other properties,” Gates says.

Even in the best of times, Gates says Virtus finds distressed buying opportunities. “We’ve been buying distressed assets fairly regularly for the last five to six years,” he says. “During good times, you will typically see operational distress or new supply distress.”

Those opportunities usually are the result of oversupply. “Maybe it’s a good market, and there’s plenty of demand, but then too much supply came at one time,” Gates says. “We see that a lot in student housing and senior living, and to a degree in self-storage.”

Because of that, Virtus is always monitoring the market as it seeks distressed opportunities. That intelligence can inform other decisions.

“In student housing, we went from being one of the largest owners of student housing in the country to selling our entire portfolio a few years back because we were concerned about valuations,” Gates says.

At the same time, Virtus is starting to plant the seeds for future buys. So the company started targeting high university enrollment growth markets that had got gotten temporarily overwhelmed with too much new supply.

“We started reaching out to the owners of those properties, the developers and the lenders, to see if we could buy notes,” Gates says. “We can do short sales, REOs and recaps because a lot of those developers have personal recourse on those development loans, and they’re in trouble.”

Over the past few years, private market lenders and debt funds came in and recapped many troubled assets. “That allows the owner and borrower to extend [the loans] a bit further and keep the music playing a bit longer,” Gates says.

But now Gates says those debt funds are struggling themselves because their repo or warehouse lines are being called. “You no longer have the arbitrage between lending to the intermediate-term or long term and borrowing short because you’ve got an inverted yield curve,” he says. “Now they probably have a ton of nonperforming assets on their books, and they’re going to be in a liquidity crunch.”

And that could mean more buying opportunities for Virtus.