Buying an Apartment Building? Here’s How to Protect Yourself from Delinquent Rent.

Depending on how an agreement is structured, both the buyer and seller are at risk for material hardship, says DLA Piper’s Mark Yura.

Multifamily investments sales are down during the pandemic but they haven’t stopped completely. Properties are still being listed for sale, while others are transacting in the off-market.

Either way buyers need to protect themselves from a risk that has heightened considerably during the pandemic: a significant level of delinquent rents at closing. In particular, buyers need to establish the responsibilities of the seller and purchaser in collecting such rent and the allocation between them when this rent is collected after the closing.

In normal times, this risk would be dealt with in a standard contractual provision in the sales document, Mark D. Yura, real estate partner at DLA Piper, tells GlobeSt.com.

“In the typical purchase and sale agreement, the buyer and seller acknowledge that one or more tenants may be delinquent in their rent,” he says.  Typically they will agree to allocate rental collected post-closing using more or less the following contractual formulation, he continues:

Purchaser shall use reasonable efforts (but without any obligation to commence any litigation, take any legal action or incur any material expense), during the period commencing with Closing and ending six (6) months after Closing, to collect and promptly remit to Seller any [Uncollected Rents] or other amounts due Seller for the period prior to Closing; provided that all amounts received by Purchaser after Closing shall, unless designated by the payor as applicable to a period prior to Closing, be applied, first, to amounts due Purchaser for periods from and after Closing, and second, [if collected during the aforesaid six (6) month period] to be paid to Seller.  The provisions of this section shall not be merged with the deed but shall survive Closing.

But these are hardly ordinary times and buyers and sellers can expect properties under contract to have a significant rental delinquency at the time of closing. This issue is further complicated by the numerous measures that have been put in place to allow apartment renters to defer their rent for varying periods of time, depending on where they live and if their loan is GSE-backed.

How, then, to fairly allocate the responsibility for collection, and allocation, of rents, once the emergency conditions subside?  More to the point, Yura says, how is a seller supposed to rely upon the reasonable efforts of the purchaser to collect rental post-closing, when one, the absolute dollars are much more significant, and two, the realities of tenant circumstances will make collection of at least a material portion of these dollars problematic?

The tenant remains in the building until August 31, having resumed paying rent on July 1. But he only paid rent on July 1 and August 1 as well as one additional month’s worth of rent as a termination payment.  All other back rent is uncollectible.

This tenant has paid some, but not all, of the rent for the period of abatement. “This is where things get interesting,” Yura says. “Under the standard formulation, the purchaser and the seller each receive 0.50 of the termination payment—their respective share of rent for June 2020—even though the seller’s loss factor is 0.83.”

“While the interest of the purchaser and seller should at least in theory be aligned in connection with the collection of back rent,” he continues, “sometimes this is not possible and where the delinquent rental for the seller’s period of ownership is significant and collection is ultimately unsuccessful, it wreaks a material hardship on the seller.”

Yura offers alternative strategies to include in their purchase and sale agreements that better reflect the risks of the current reality. Most have their faults and depending on where you sit at the bargaining table, are not fair. One approach, though, offers an equitable sharing of the risk.

Seller Gets Full Credit for Delinquencies

In lieu of relying on the purchaser’s ability to collect pre-closing rent accruals from and after closing, the seller may insist upon a full credit for the delinquencies at the time of closing. While in the past this has not usually been the case (and relatively low rental delinquencies have made this item of limited importance), a seller with significant leverage might require this.  This effectively obligates the purchaser to act as a guarantor of unpaid rent and transfers unto the purchaser the entire risk of non-collection of such amounts. Most purchasers will vociferously object,  and given the uncertainty of collecting these amounts, it is not an equitable arrangement for the parties and should be discouraged, Yura concludes.

Discount the Credit to the Seller

A variation on that first alternative would be to discount the credit to the seller, reflecting the negotiated percentage of such claim which the parties can mutually agree reflects the likelihood of collection, or at least their perception of a fair allocation of the risk of non-collection, he says.  “However, given the inability at the time of closing to predict how long the rental abatement might last, most purchasers would be unwilling to assume the risk of under-collection, unless the discount is so high as to confer a reasonable possibility of windfall.” Bottom line: for a seller, this is probably not acceptable.

In this scenario, the buyer and seller each retain their respective rights with respect to enforcing their remedies as against delinquent tenants. Each of them has a right to pursue rent independently of the other, with the seller having no right to seek eviction versus the defaulting tenant. “This approach may have superficial appeal insofar as it vests in a seller greater control over the outcome; however, it addresses the underlying problem inefficiently, and will both clog courts with unnecessary duplicative claims and result in aberrational results arising from a race to the courthouse,” Yura says. For this reason, he adds, this approach, too, should be discouraged.

The fairest approach is for the parties to agree, at the closing, that—after application to current rents—any dollars received by the purchaser, post-closing, are applied on account of the rents for the period of deferral, regardless of when such amounts are actually paid, and to apportion such amounts to purchaser and seller in proportion to their respective loss factors, Yura says. In the above example, that would be  83/17. “This vests in the purchaser, which is in the best position to deal with the tenant, the greatest incentive to maximize its efforts to collect 100% of all rental delinquencies,” he says.  “It eliminates skewing the calculation by the “duration—or denominator—effect” in that it has the virtue of adjusting the allocation of rents to reflect the relative loss to the parties.” The end result: the longer the ultimate rental abatement, the greater the share of payments to be apportioned to the purchaser. 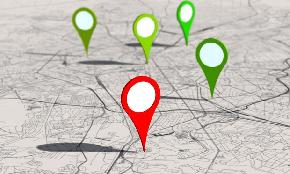 A carve-out for vacant properties lets investors avoid the “substantially improve” requirement, to save millions in development fees. 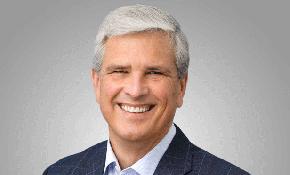