Multifamily Rentals Continue Slide in May

In what is normally considered prime leasing season, rents declined nationally by .3% month over month, with the largest drops in gateway markets, according to Yardi Matrix.

In what is normally considered prime leasing season, rents declined nationally by .3% month over month, with the largest drops in gateway markets that were the first to implement pandemic- inspired lockdowns, according to a report released by commercial real estate data and research company Yardi Matrix.

It was an improvement over April, though, which saw rents decline by .5%.

Patrick Smith, based in New York, covers the business of law, including the ways law firms compete for clients and talent, cannabis law and marketing innovation. Reach him at [email protected] or on Twitter at @nycpatrickd

Carmel Scoops Up 3,000 Bay Area Apartments in $1B Deal 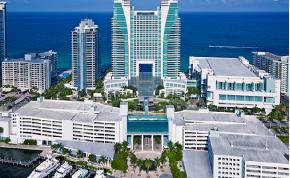 Brookfield Fund Sale is Largest US Hotel Deal in 18 Months