Nearly 90% of Apartment Households Made Rent Payments by June 13

National data shows apartment rents paid through both mid-May and mid-June hovering around the 90% mark.

In an effort to gauge the payment of rents nationally during the COVID-19 crisis, the National Multifamily Housing Council launched a tool—the NMHC Rent Payment Tracker—to provide insight into the housing market during these times.

The 89% number is similar to the percentage of apartment dwellers who paid rent through June 13, 2019 and similar to those that had paid by May 13. The NMHC reports that there was a 0.1% point increase from the previous year and that the percentage rate for those paying through May 13 was at 87.7%.

“Once again, it appears that residents of professionally managed apartments were able to largely pay their rent,” Bibby said in a statement. “However, there is a growing realization that renters outside of this universe are experiencing profound hardships as the nation continues to grapple with historic unemployment and economic dislocation.”

Bibby continued: “In the midst of a pandemic and a recession, it is critical that those on the front lines are safely and securely housed. Accordingly, we urge lawmakers to take swift action to create a Rental Assistance Fund and extend unemployment benefits so we can avoid future eviction-related problems and don’t undermine the initial recovery.”

According to the US Bureau of Labor Statistics, the unemployment rate for May stood at 13.3%.

The NMHC, which was founded in 1978 and is based in Washington, D.C., reports that the apartment industry is a “trillion dollar industry that provides housing to 39 million Americans.”

Multifamily Rentals Continue Slide in May

Robert Storace covers legal trends, lawsuits and analysis for the Connecticut Law Tribune. Follow him on Twitter @RobertSCTLaw or reach him at 203-437-5950.

“In many cases, this pivot to COVID-related initiatives has increased the activity, staffing and demand for lab space,” Colliers reports. 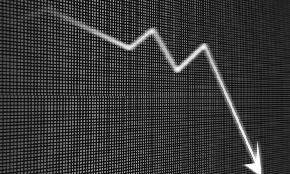 The Future Conditions Index is 62, suggesting there is optimism after the pandemic has run its course.