unexpected strength in the market is likely the result of pent up demand, and is unlikely to continue through the summer, according to Fannie Mae.

A partial economic rebound tied to states reopening businesses as they deal with COVID-19 has fueled a surge within the housing industry, according to Fannie Mae.

Data for May shows unexpected strength in the housing market, a trend that’s expected to continue into June and July, Fannie Mae said. May sales fell 9.7% over the month, coming in at 3.9 million annualized units compared with April. That dip is expected to represent the trough going into summer.

Fannie Mae said it suspects that many people who would have bought homes in March and April have delayed doing so until more recently. Some purchases were also pulled forward due to low mortgage rates.

“We had expected a rebound in purchase activity to occur in May and June as shutdown measures began to be relaxed, but the magnitude to date has been remarkably strong,” Fannie Mae said.

Housing sales are expected to recede over the summer, with the current surge likely tied to pent-up demand, according to Fannie Mae’s report. A big question going forward is how telecommuting may affect homeownership.

“For now, we assume that recent purchase activity strength is largely driven by low mortgage rates and a reshuffling of sales due to the earlier shutdowns,” according to Fannie Mae. “However, it is possible that a major consumer preference change is underway, which could lead to a heightened level of home sales going forward. As remote working arrangements become more common, commuting distance may become less relevant to homebuyers, which could lead to a significant movement of households out of high-cost metros and central business districts.”

“We forecast new home sales to level out in coming months as the pace of starts accelerates into the remainder of the year, bringing the relationship back into balance,” Fannie Mae said.

With many states reimplementing shutdown procedures with COVID-19 resurging, Fannie Mae said it expects the economic impact to be less severe this second time around.

“We believe the resurgence in coronavirus cases will drag on growth going forward, but we assume that any future shutdowns and personal behavioral changes will be less severe than what occurred earlier this year and will be more localized than national in scope,” Fannie Mae said. “Furthermore, given that consumer spending has yet to fully rebound, we expect future behavioral responses will likely translate into only a drag on growth rather than a sharp decline, as occurred in the early spring.”

The Pandemic Has Made Healthcare More Desirable

Investors are now looking at assets that are both resilient during a recession and during a pandemic, and healthcare properties have become the perfect hedge against both. 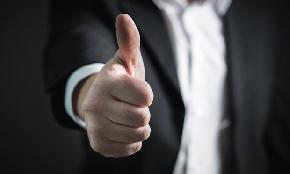 The year 2000 is the last time the economy has grown at more than 4% in year, and that’s a reason to be excited.