But, funding for next-gen property managers and early-stage deals declines.

After the experiencing its worst quarter since 2018 at the start of the pandemic, the rent tech space showed signs of recovery in the third quarter. RET Ventures tracks the market activity, and recently produced its first quarterly data report on the space. The report unearthed three major trends dominating the rent tech space, starting with a renewed interest in early-stage deals.

In the second quarter, there were only 23 early-stage deals, making for the worst quarter in the rent tech space since 2018, when RET Ventures began tracking data. In the third quarter, activity rebounded, illustrating market resilience. RET Ventures attributes the turnaround to increased adoption of technology through the pandemic. Technology helped operators maintain business operations safely while adhering to social distancing guidelines. As a result, there was a renewed interest in proptech investment.

Although rent tech funding for early stage companies improved in the third quarter, the number of early stage deals continued to decline. This may be unrelated to the pandemic though as rent tech early stage funding peaked in early 2019. This is not due to a lack of demand but rather increased scrutiny on the side of investors, illustrated by the strong dollar amount of real estate and VC tech investment. As the real estate tech market has matured, funding has started to funnel toward late-stage companies. However, RET Ventures suggests that the pandemic could push more capital into the tech space, providing opportunities for both early and late stage companies.

Funding for next-gen property management companies has also declined during the pandemic. Next-gen property management refers to companies that sublet apartments within multifamily complexes. These properties are generally used as short-term rentals by travelers, so it isn’t surprising that demand for these units fell during the pandemic. Investment volume for these companies decreased by 50% in the third quarter year-over-year, making it one of the most significant losses in the proptech market.

There were some notable deals in the next-gen market, however. Rental start-up Kasa raised $30 million in series-B funding in the third quarter, giving the company a total of $50 million between its series A and B funding rounds. The firm is taking on the challenges from the pandemic and hoping to leverage the funding to reshape the hospitality market. “We see a generational opportunity to innovate in a beleaguered travel sector,” said Roman Pedan, founder and CEO of Kasa. “Kasa aspires to build a global accommodations brand beloved by guests, indispensable to property partners and desired by neighbors.”

RET Ventures noted similar successes for companies that have partnered with multifamily owners to find solutions to new market challenges in both sectors. 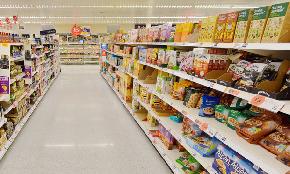