Even trophy assets can have troubled loans.

Located at 8 Spruce Street in New York’s Financial District is the New York by Gehry. The 76-story tower sports one of Manhattan’s most interesting designs, with the exterior appearing to be crinkled halfway down the south façade. Built in 2011, the 800-unit building, which also houses an elementary school, was praised in the New York Times by critic Nicolai Ouroussoff as “the finest skyscraper to rise in New York since Eero Saarinen’s CBS Building went up 46 years ago”.

And yet, according to Trepp, first-time servicer watchlists indicate that the tower’s occupancy has fallen by more than 20% since 2019.

The $550 million loan backing the apartment has remained current throughout the pandemic and the owner has not requested COVID relief. Still, the loan is in trouble. In 2019, it posted a debt service coverage (DSCR) (NCF) of 1.93 when occupancy was 98%. The loan was put on a servicer watchlist after its DSCR fell to 1.84x and occupancy dropped to 74% for the first nine months of 2020.

On one hand, the plight of New York by Gehry could be a story about Manhattan’s struggles during the pandemic. As of September, the borough has nearly 16,000 empty rental apartments, or 5.75% of its total apartment inventory, according to a report from brokerage Douglas Elliman and appraiser Jonathan Miller. That’s the highest vacancy rate in at least 14 years.

But Trepp says this is a story with national legs.

Inspired in part by the New York by Gehry, Trepp searched for all multifamily loans from private-label, US CMBS deals where occupancy had fallen more than 15% from 2019 through partial-year 2020. It found about 50 loans totaling almost $1.5 billion in outstanding balance. That total represents about 3.8% of the loans that have reported partial-year 2020 occupancy thus far.

Since apartment tenants have one- or two-year leases, Trepp has previously warned that dips in apartment occupancy were expected to emerge much more slowly than in the hotel sector. And even though it has this data in hand, it still thinks “it’s too early to make a call as to whether these loans are a harbinger of more bad news to come or that the relatively small number is a hopeful sign for the market.”

But there is little doubt that occupancy is starting to be a problem for the apartment sector.

Moody’s Analytics REIS reports that the vacancy rate increased 10 basis points in Q3, which put it at 5.0% at quarter’s end. The long-term average vacancy rate in the sector ranges from 5.2% to 5.4%.

The pandemic, though, has turned most historical trends in commercial real estate on their head, including in the multifamily sector.

“The complicating factor in this downturn was the immense amount of fiscal and monetary support dispensed to help the economy withstand the lockdown – with several policies like eviction moratoria and the Payroll Protection Program helping keep occupancy levels stable and rent collection losses relatively low,” Moody’s Analytics REIS wrote. “However, given the duration of the lockdown, and ongoing uncertainty about the speed and trajectory of the so-called recovery, even multifamily performance metrics have begun reflecting the strain.”

Is the Time Ripe for a Sale?

No easy answers other than “It depends.” 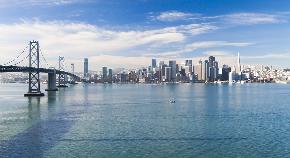 San Francisco Office Leasing Is On a Roll 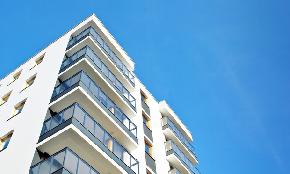