Self-Storage is a Hyper Local Story

Most people want to store their possessions within three miles.

If you’re looking at a high-growth market, like Dallas, Nashville and Charlotte, to place a self-storage facility, you might need to zero in a little closer, according to Nick Walker, executive vice president, Capital Markets, Self-Storage for CBRE.

“I would say that you get 70 to 80% of your tenants [in self-storage] in a three-mile radius,” Walker said on CBRE’s “The Weekly Take” podcast. “And it used to be a lot tighter than that.”

Walker says the navigation features on smartphones have expanded the map for storage facilities. People will hit the blue dot on the map, even if it isn’t the closest facility.

“You might have passed the closest facility to you,” Walker says. “But because of that evolving [technology], we’ve seen it expand a little bit. But generally speaking, the bulk of your tenant base comes within under three miles of your storage facility.”

While Spencer Levy, chairman of Americas Research and senior economic advisor at CBRE, pointed out that industrial facilities are usually not permitted close to residential centers, Walker said he saw these storage facilities as light industrial zoning.

“You can get a special use permit or something in that form or fashion in some neighborhood commercial kind of a district,” Walker said. “So that generally puts you closer to the residential.”

While some localities will allow self-storage to be closer to the population, in Los Angeles, you can find 15 or 16 self-storage facilities on one street. “In that particular city, that zoning only allows for storage to be in that one district,” Walker says.

Liz Schlesinger, founder and CEO, Merit Hill Capital, agrees that self-storage is hyper-local because people want to be near their possessions. But ultimately, she says pricing drives people’s decisions. “So the more population within a three-mile radius and the more income, the better,” she says. “But when you start layering prices in that, those are often much more expensive markets to buy in. And so it really depends on your risk return profile.”

Merit Hill Capital wants at least 25,000 people with $45,000 to $50,000 of median income within three miles of its facilities. In 2006, the company began investing in secondary and tertiary markets and “did quite well,” according to Schlesinger.

Those markets have grown crowded as investors have searched for yield. “More and more people have been moving to the secondary and tertiary markets,” Schlesinger says.

As this has happened, Merit Hill Capital is circling back to more primary markets. “We find that the spread between the secondary in the primary isn’t that high there and it’s not as high as it should be right now,” Schlesinger says. 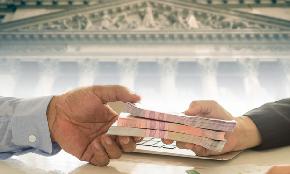