Although both the Governor and REBNY’s proposal would go a long way in easing the burden faced by vacant commercial properties seeking to convert to residential use, there are a number of additional considerations to keep in mind.

Although brighter times are on the horizon, the global COVID-19 pandemic has undeniably transformed the way in which people live and work. As a result, property owners have seen demand wane for certain, primarily commercial uses, in tandem with an increased demand for other types of uses. Despite concerns about people fleeing the city, housing is still a critical need for New Yorkers, while industrial uses, medical offices, technology, and hospital related uses have continued to expand. Additionally, some schools and child care facilities have sought out additional space to accommodate social distancing requirements. On the flip side, an annual report released by the Center for an Urban Future found that the total number of chain stores in New York City declined by 13.3 percent, the largest year-over-year decline in chain stores since they began to analyze the city’s national retailers 13 years ago. And although predictions of the total demise of office space are not likely to come to fruition, now is the time for property owners to think critically about the current use of their property and the potential for conversions of certain spaces, in order to adapt to current demands. Recent proposals to New York State’s Multiple Dwelling Law and the New York City Zoning Resolution recognize these needs and attempt to facilitate such conversions.

On January 19th, in connection with New York State’s proposed 2022 budget, Governor Cuomo proposed a temporary rule to amend the New York State Multiple Dwelling Law (“MDL”) applicable to lawful building permits issued prior to December 31, 2026, with a stated intent to “authorize flexibility in zoning to address high commercial vacancy rates and underutilized hotel properties located within specified areas in New York City, particularly in response to the COVID-19 pandemic.” The proposed MDL amendment, which was recently revised, would override sections of the New York City Zoning Resolution (“Zoning Resolution”) in order to more easily allow the conversion of certain hotels and Class B and C office buildings to residential use. Although there appears to be some disagreement as to which sections of the Zoning Resolution would be affected (discussion below), the MDL amendment states that it would override other state and local laws, including the Zoning Resolution, that would otherwise inhibit such conversions, although existing use regulations still apply. Buildings seeking to convert to residential use under the amendment are required to be located in certain areas of New York City (hotels must have fewer than 150 rooms and could be in any borough outside of Manhattan or in an area in Manhattan outside of Chambers Street and 110th Street, and office buildings would need to be located in the area in Manhattan below 60th Street). Additionally, buildings converted to residential use under this proposal would be required to be part of a supportive housing facility, or to set aside at least 25 percent of their newly created units as affordable housing.

Urban Machine claims its system can remove nails and staples. 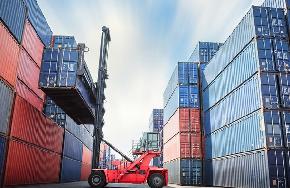