The tax could not come at a worse time for the New York real estate market, CREFC says.

Industry groups in New York are seeking to defeat proposed state legislation that would require mezzanine and preferred equity agreements to be recorded as mortgages, claiming the law would impose recording taxes on such debt and would significantly increase the cost of those investments.

The legislation debuted in the New York State Assembly in January and seeks to require the recording of UCC financing statements for mezzanine debt and certain types of equity investments in real estate with underlying mortgage debt. It also would allow municipalities to collect recording taxes relating to those debts and investments. The bill is a new iteration of similar legislation proposed last year that did not advance in either of the state’s chambers.

A four-hour minimum of daily nursing care would add $10B/year to operators' costs. 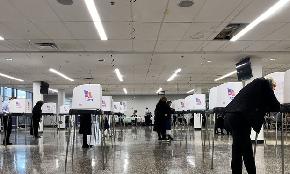