Phoenix Has Been a Hotspot for Medical Office Through the Pandemic

Dependable cash flow and high probability of renewal have been a winning combination for Phoenix medical office.

The Phoenix medical office market has been a bright spot through the pandemic. The market has been one of the most active and sought-after in the country, and the momentum hasn’t slowed in the last year. In one of the most recent transactions, Cushman & Wakefield brokered the sale of a freestanding class-A medical office building in Chandler for $6.5 million. The property is an example of the market activity.

“Phoenix has long been viewed as a strong medical office market due to its consistent population growth which fuels medical office demand; however, the COVID-19 pandemic has offered a unique glimpse into the resiliency of medical office tenants,” Sheila Bale, a managing director at Cushman & Wakefield, tells GlobeSt.com. “Despite several weeks of forced closures to clinics, ambulatory surgery centers, imaging centers and other outpatient treatment facilities early on in the pandemic between mid March through early May 2020, and despite the fear many patients had of simply going outside of their own homes during that delicate time, medical office landlords in Phoenix still collected nearly 100% of the rent owed by tenants and buildings remained full.”

In addition to strong cash flow, medical office leasing activity and attrition has also been stable through the pandemic. “In sharp contrast to the traditional office market, medical office vacancies remained low with few tenants giving back space or placing space on the market for sublease,” says Bale. “Low vacancy combined with increases in construction costs have set the stage for rent growth which is starting to be seen in markets like Phoenix. Not surprisingly, investors have taken note of all this and yield expectations have compressed as a result.” Nashville-based Montecito Medical Real Estate purchased the Chandler property.

The buyer is one of the largest owners of medical real estate in the country. Out-of-state buyers have become typical in Phoenix healthcare product. “It is not uncommon for stabilized medical office buildings like this that don’t require a local presence to own and operate the building,” Travis Ives, managing director with Cushman & Wakefield’s US Healthcare Capital Markets, tells GlobeSt.com. “In contrast, multi-tenanted buildings with significant amounts of vacant space that needs to be leased up are more often owned by local or regional investors that may already have a presence in that market. There has been a ton of new capital flooding into the medical office space over the last 12-18 months, but much of that capital is being placed into deals behind experienced operators as opposed to direct investments by new buyers.

There has been some shake-up in the active players recently. Namely, REITs have become less active due to the pandemic, giving rise to private equity buyers. “Historically REITs were some of the most active buyers in medical office, however depressed stock values put many of those players on the sidelines for much of 2020,” adds Ives. “During that time, private equity more than made up for the shortfall maintaining similar annual transaction volumes nationwide all while cap rates compressed 50-75 basis points. With private equity still hungry for deals and the REITs now becoming more active, we expect 2021 to be a very competitive year for medical office investments.”

This year, Ives expects similar market activity, saying, “Based on current trends, we see continued growth in medical office demand, especially in markets where new housing and industry are being developed and a lack of healthcare facilities currently exist.” 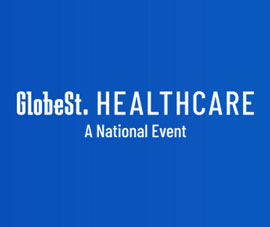