What Women of Color Can Teach Us About Networking

Women of color have learned to use networking with great effect to break down barriers in the industry that exist because of race and gender.

It was the mid 1980s when Collete English Dixon joined CREW in Atlanta. She was a newcomer to the industry, having joined Prudential as an associate investment manager about two years prior and she was interested in developing more connections. “I really didn’t have a mentor and they served that purpose for me,” remembers Dixon, who is now the executive director of the Marshall Bennett Institute of Real Estate at Roosevelt University.

She stayed with the group as her career advanced and in 2011 she became its president. That same year CREW was invited to join the Real Estate Roundtable. “When we were invited to go, it was one of those experiences of walking into a room where you know of the people there but never had a chance to engage with them.” It wasn’t lost on Dixon that she was one of a few women present and the only woman of color.

“The fact that I was representing an organization like CREW gave me an instant credibility and people knew who I was because of that role. It was a credibility that I could not have gotten any other way.”

Hiring Persists as the No. 1 Challenge for Apartment Operators

GlobeSt. Real Estate Forum is seeking professionals, teams and companies that have helped shape the multifamily sector. Submit a candidate for the recognition before the nomination deadline on July 6. 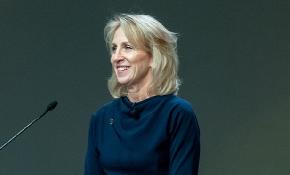 Nearshoring is the answer to a lot of industrial woes, from to the dearth of product to supply chain issues and labor shortages.