The pandemic may not totally be in the rearview mirror, but the economy is already starting down the path toward recovery. As lenders start to examine apartment deals in the early days of the post-pandemic era, there are still a handful of uncertainties informing the underwriting process. Rent collections are at the top of that list, and that picture isn’t as bad as some feared, Alex Cohen, CEO of Liberty SBF, tells GlobeSt.com.

“During the pandemic and in the early days of the post-pandemic era, collections have been okay,” Cohen notes. “Collections are still improving, and I don’t think that we saw the collections issues that were anticipated. With that being said, a lot is a direct result of stimulus dollars being pumped into the system along with support legislation, which has helped renters keep up with collections. In many municipalities, that has kept collections up.”

In the first six days of August, only 80.2% of renters made a full or partial rent payment, according to data from the National Multifamily Housing Council. It’s an improvement over the last several months of rent collections, and the highest rate since March. It also shows that collections still haven’t returned to pre-pandemic levels.

Cohen is interested to see how the end of stimulus money and eviction moratoriums will impact rent collections later this year and into 2022.

Reduced rent collection is largely a problem in expensive, dense urban markets. These cities have also seen a sharp decrease in overall rental rates, although that has now stopped. “We still have a lot of markets where there is a lot of under performance. Nationally, year-over-year rent growth is around 10%. We have been concerned about certain markets, specifically Downtown urban environments like New York City and San Francisco, where rents were hit particularly hard but are now showing some uptick. We have been watching those areas,” says Cohen. “There are challenges in some of these larger cities, but we still think there is value there as asset values have depressed.”

Second-tier markets and the Sunbelt are another story. Through the pandemic, Sunbelt metros, smaller cities and class-B and class-C product outperformed the big cities and luxury buildings. However, in the post-pandemic era, Cohen expects the growth to slow. “We are scrutinizing proformas pretty closely,” he says. “We are underwriting to current rents in some of these smaller markets. We do see these markets are performing. For instance, in Jacksonville and Memphis, where Liberty is transacting, CoStar recently reported year-over-year rent growth of 20% and 12.6%, respectively. I think that it will be hard to justify rent growth at the same pace that we have seen.”

While Liberty is underwriting conservatively as it waits to see how rent collections and rent growth play out, it is confident in the strength of the asset class. “There are interesting projects across the country, and we do expect the asset class to continue to perform,” says Cohen. “It may not see the type of rent growth that we have seen, but we do expect it to perform given the under supply. At the end of the day, when a project makes sense from a pure value standpoint, that is when it is more interesting to us.” 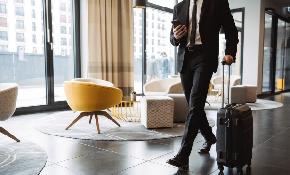