A Breakdown of the Major US Hotel Sales for Q1

Underscored by the strength of room rates, copious amounts of leisure patronage and rebounding group business, the pace of travel recovery has been robust.

As the world was emerging from a once in a century pandemic, global and national events during the first three months of 2022 have resulted in a transformative quarter unlike any for nearly 80 years.  During the nuclear superpower age, the notion of an unprovoked brutal attack and invasion of a sovereign state was the stuff of fiction. “Never again” is a phrase associated with the Holocaust, the genocide of European Jews during World War II.  Unfortunately, the phrase is merely two words as history is currently repeating itself in Eastern Europe.

As of the end of Q1 2022, skyrocketing energy and food costs have greatly contributed to the largest surge of U.S. inflation in 40 years.  Like many industries, the hotel sector is confronted with supply chain challenges as well as unprecedented rising labor shortages and cost difficulties with no immediate solution. The past two years will be looked back upon as an inflection point influencing economic, political, and social paradigm shifts that will emerge during the remainder of this decade. 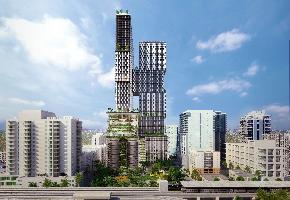 A shrinking buyer is unlikely to impact pricing until rent growth cools.