The former chief economist for the Department of Labor under the Trump Administration says that tapping the local oil supply would alleviate supply chain issues contributing to inflation, but there is an environmental cost.

The Federal Reserve doesn’t have to tackle inflation alone. Diana Furchtgott-Roth, the former chief economist for the Department of Labor under the Trump Administration and an adjunct professor of economics at George Washington University, says that an adjustment to President Biden’s current energy policy could help to alleviate the supply chain issues contributing to inflation. Oil is central to this conversation.

President Biden started his first week in office with several energy related executive orders, including suspending new oil and natural gas leases on public lands and reviewing current leases. These orders were the actualization of Biden’s campaign promises, but in the wake of the Russian-Ukrainian war and the subsequent suspension of oil imports from Russia, the policy is proving to drive up energy prices and exacerbate supply chain issues, according to Furchtgott-Roth. 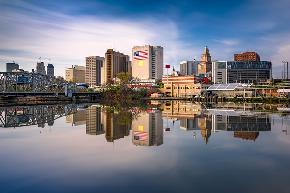 Will desire for profit lead to killing the golden egg-laying goose?