At $75.29 million, the price tag for an office building would be significant but not crazy. But that was also the annual tax bill that Macklowe Properties received for the General Motors Building in Manhattan, according to PropertyShark.

Macklowe describes the building as a “2,000,000 square foot trophy property” that it bought in 2003 for $1.4 billion and commands “some of the highest rents in Manhattan, at rates that were previously thought to be unattainable.” PropertyShark says the property is actually 1.7 million square feet in size.

But whatever the footage, there are two other dimensions at work—location and age—that correlate with the scale of the tax bill. The first factor is largely whether an office building is in New York City or not. Out of the 20 largest tax bills in 2021, only one, the $43.04 million invoice for Willis Tower in Chicago, was outside of the city.

In fact, out of the hundred most expensive, 82 were in Manhattan. “The remaining entries were shared between Chicago and California, with one entry hailing from Washington, D.C.,” PropertyShark noted. The Windy City claimed 14 of the entries, leaving three for California. “When only taking into account office properties outside New York City, Chicago recorded 15 out of 20 properties with the highest taxes,” the report said, but that list includes the Field Building, and the associated tax bill of roughly $13.7 million isn’t high enough to make the nation’s top 100.

Age also correlates to the highest taxes. Out of the top 20, including Chicago’s Willis Tower, 16 were built on or before 1973. Eight buildings erected before 1930 are all in Manhattan, with the oldest, 770 Broadway, a “full-block, mixed-use building in NoHo” that was originally a department store, went up in 1906. That tax-bill: nearly $19.6 million tax bill.

“The predominance of towers on our list that were built during the city’s second skyscraper boom can be at least partially attributed to tax exemption policies for newer properties, as well as the sheer lower number of them due to the scarcity of developable land,” PropertyShark notes. Only 15 out of the hundred properties were constructed in 2000 or later. The newest office building on the list, the 93-story One Vanderbilt in Midtown East, went up in 2020.

The smallest Manhattan property tax bill to make the list was just under $14.1 million for 437 Madison Avenue, built in 1967. 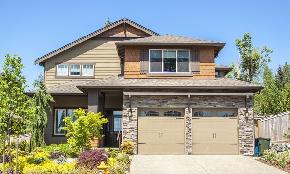