An Oakland-based developer who already has under construction a 19-story, 236-unit residential tower in Oakland what will become the tallest mass timber building on the West Coast when completed has decided to double the size of the project.

Oakland-based developer oWow is planning to build a second 19-story mass timber tower, this one with 269 units, on a half-acre lot at 1523 Harrison Street that oWow purchases for $9.3M in March, according to a report in the San Francisco Business Times. 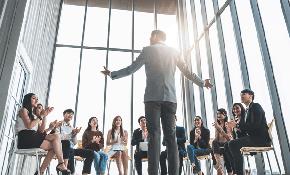