LOUISVILLE—The Louisville industrial market experienced 463,977 square feet of positive net absorption during the final quarter of 2016, according to CBRE. The overall vacancy rate increased 60 bps to 6.4%, though the availability rate remained unchanged at 7.8%. The rise in vacancy was primarily due to the closure of a manufacturing plant near the airport, a new vacancy in a 300,000 square foot distribution center in the Riverport submarket, and the addition of a 426,450 square foot speculative building in the Southern IN submarket. Another speculative building near the airport was leased prior to its completion this quarter, adding more than 645,840 square foot of positive net absorption to the market. 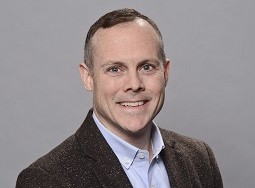 CHICAGO—Scott Delano has just joined Wright Heerema Architects, a Chicago-based firm, the as design director. He has 25 years of experience in planning, architecture and interiors. Prior to joining Wright Heerema, Delano served as design director at Interior Architects and has completed architectural and design projects for workplaces, universities, municipal buildings and mixed-use/multi-family residential towers. He led the design for Navigant’s relocation into a new 125,000-square-foot office at 150 N. Riverside. Delano has also shaped the environment of several municipalities in IL and CA with master planning, including Downtown Aurora and San Ramon City Center. He earned a Masters of Architecture from Tulane University.

SKOKIE, IL—The Chicago office of CBRE has just helped Command Transportation in the sale of a 44,118-square-foot industrial space at 7520 Long Ave. in Skokie. David Saad, Ryan Bain, Zach Graham and Tom Harmon of CBRE represented the seller. Chris Volkert of Colliers represented the buyer. The 1.84-acre site is 1.5 miles away from a four-way Interchange at I-94 and Touhy Ave. The building features a recently completed roof overlay, 5,782-square-foot office space and a 51 parking spaces.

MUNDELEIN, IL—Evergreen Real Estate Group has started pre-leasing at Fairhaven Crossing, a 40-unit affordable rental community in downtown Mundelein, IL. The transit-oriented development is the first affordable housing community to be developed in Mundelein in many years. Located at 407 E. Hawley St., Fairhaven Crossing includes a mix of one-, two- and three-bedroom units, with affordable rents for households earning 60% or less of the of the area median income. Part of a broader initiative to transform downtown Mundelein into a walkable mixed-use district, the $13.5 million project involved converting and expanding a vacant 1½- story brick building on the site – previously a light industrial building – into a three-story residential building. The redevelopment was partially funded using $5.6 million in low-income housing tax credit financing secured by Evergreen.