DETROIT, MI - Allegheny plans to build up to 50 centers in the city.

David Henry, CEO of the firm, says plans are on the drawing board to build or remodel 25 centers in the next two years. He told GlobeSt.com that he hopes to put about 50 centers in the city in about four to six years, each with about 30 employees. “Detroit is a perfect market for us. There are twice as many child care centers in the affluent areas surrounding the city than in Detroit itself. The poor are the ones that really need the service,” he says.

He currently runs 24 centers in Philadelphia and nine in Pittsburgh. “We hope to do at least that well in Detroit. Mayor Dennis Archer couldn’t have been more friendly in welcoming us to the city,” Henry says.

Two more Detroit centers are in the renovation stage and should be ready once the licenses are approved in about 60 days. One is at Wyoming Avenue and Marygrove Road, and the other is at Eight Mile Road and Livernois.

The Sterling Group of Detroit is remodeling the centers. 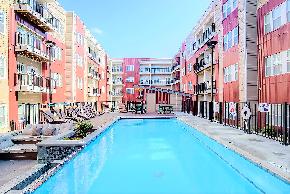