DENVER-The latest Dodge report shows a slowdown in Colorado's non-residential construction, but the firm's vice president says there's no reason to panic. It could be just a settling in after some very robust growth.

Colorado’s non-residential building is slowing down, according to the latest report by the F.W. Dodge Division of the McGraw-Hill Cos. in New York City.

The Dodge report says construction totals $1.5 billion for the first six months of this year in comparison to $2.1 billion for the same time period last year. This is an early indicator of a construction slowdown in Colorado and other mountain states, Robert A. Murray, Dodge’s vice president of economic affairs, told GlobeSt.com.

“The mountain states, in general, showed strength early on, and it could be they are among the first to start to slip,” says the Lexington-MA-based executive. “Essentially, they are settling back after some very robust growth. … but it is my sense that given the general health of the economy and the mountain states, I do not think it is a severe drop.”

Murray believes stricter rules from municipalities on commercial developers also could be playing a role in the slowdown. ”That is a growing movement across the country, actually,” he says.

In metropolitan Denver, this year’s construction activity has kept pace with the state, down 30% to $832.1 million in commercial projects in comparison to $1.2 billion expended last year. The Fort Collins/Loveland area, north of Boulder, is one of the hardest hit areas in the state, showing a 76% decline to $28.2 million from $121.63 million. 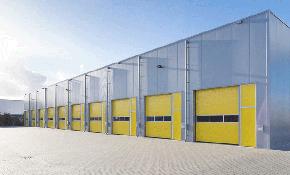