HOUSTON-After 42 years in the same spot, the Federal Reserve Bank has decided to build a new headquarters and vault facility. The 270,000-sf project will break ground next year and is anticipated to take nearly two years to complete.

The Federal Reserve Bank will construct a new Houston headquarters building and vault facilities near the downtown.

Construction on the 270,000-sf project will begin in 2001 and is anticipated for a 2003 completion. The bank has purchased 13 acres of land on Allen Parkway near Taft St. for its new building. The parcel was the former site of Jefferson Davis Hospital, which was demolished last year. The project’s architect will be selected next month.

The Federal Reserve Bank, which has 300 employees in Houston, has outgrown its 90,000-sf building in downtown Houston where it has been located since 1958. The bank has already sold its existing building, 1701 San Jacinto St., in a leaseback deal to an investment group led by Hakeem Olajuwon of the Houston Rockets of the NBA. The bank will remain at its current office until the new facility is finished.

The Cushman & Wakefield Inc. real estate firm represented the bank in both transactions. The bank assembled the site with two transactions, purchasing land tracts from the Finger Cos. of Houston and the Service Corp. International.

AXA IM Alts and TruAmerica Multifamily have expanded their US multifamily portfolios with the addition of a 22-property asset. 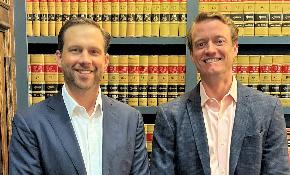