FLOWER MOUND, TX-With two structures under way, the 345,000-sf Parker Square in Flower Mound is adding a third building to its ongoing development roster. Ground will break by year's end on a 35,000-sf Health and Fitness Center.

With two structures under way, the 345,000-sf Parker Square in Flower Mound is adding a third building to its ongoing development roster.

The Health and Athletic Center, owned by Pat Branaugh, has signed for a 35,000-sf facility that will break ground by year’s end and be ready for occupancy at the start of 2002, a source told GlobeSt.com. Also presently under construction is a 52,000-sf courthouse and the 48,000-sf copper-dome Building 600. Parker Square is a retail and office development of Five Star Development Co. in Flower Mound that broke ground in 1988 along FM 1171. Parker Square will be about one-third complete when the three buildings deliver.

In keeping with the style of Parker Square, the new Health and Athletic Center will also feature the classic architectural designs of David Shwarz, also known for such projects as the American Airlines Center in Dallas and The BallPark at Arlington.

Final Week to Nominate for CRE’s Best Places to Work 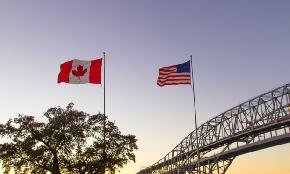 US Buyers Grab Homes Ahead of Canada's Ban on Foreign Buyers

Two-year ban on foreign buyers starting Jan. 1 may no longer be needed.