Post previously had said it would pay $14 million for the project to the privately held Casden Properties Inc. The subsidized housing complex is across the street from Post’s $100 million, luxury apartment project. The Denver Housing Authority is in the condemnation process against privately held Casden Properties Inc., the Beverly Hills owner, on the 199 low-income housing units at Tremont Place and Park Ave. West. Denver Mayor Wellington Webb supports the DHA condemnation lawsuit, but adds Post’s responsibility is to shareholders and not to poor people. Neighborhood groups, initially in Post’s corner, also are criticizing the developer because they prefer new condominiums – not rental units – in a neighborhood already boasting a large number of rental properties.

“Post hasn’t been able to forge the consensus it believes is vital to building the unique neighborhoods we strive for,” says Art Lomenick, Post’s west division senior vice president.”We continue to be enthusiastic about being part of downtown Denver’s renaissance and hopefully to be a part of East Village’s redevelopment in the future,” Lomenick adds.Post, a real estate investment trust, owns about 36,468 apartment units in 106 communities, including 5,382 units under development. 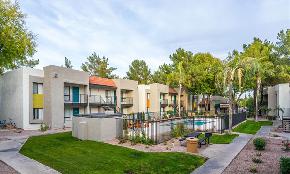 The seller is a JV between Avanti Residential and KKR Real Estate. The buyer is Denver-based investor Jason McCool.