AUSTIN-An Austin-based bingo operator has signed a letter of intent to buy two halls in undisclosed markets. One purchase plan involves a new market while the other is in a state where the corporation has a facility.

Austin-based Littlefield Corp., which bills itself as the largest US operator of charitable bingo halls, has entered into a letter of intent to acquire two bingo halls, the company told GlobeSt.com.

In addition, Littlefield said, it plans to renovate its Austin bingo hall at 1919 E. Riverside Drive later this year and is developing two additional bingo halls in Alabama. Littlefield Amusements also is in the process of deploying 1,000 amusement machines to Alabama while Littlefield Real Estate will undertake a shopping center renovation West Columbia, SC. The corporation operates 19 bingo halls in AL, SC and TX.

The acquisition is subject to agreement between the seller and Littlefield on a definitive purchase and sale agreement, completion of the company’s due diligence, the attainment of third party financing and final board approval, emphasizes Minch. Partial seller financing has been offered. No further disclosures will be issued a definitive agreement is executed and due diligence is completed.

“I caution all observers that this deal is still in a very formative phase and urge extreme caution in basing any investment decisions on this information,” says Minch. Traded on the Nasdaq, Littlefield is engaged in the entertainment, amusement and real estate businesses

Using Altus Power, the company will expand in the US and into Europe. 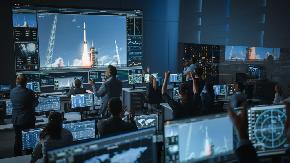 With the financing, owners Ocean West Capital Partners and Hana Alternative Asset Management have recapitalized their equity interest in the property.