Year-to-date absorption is over 5.31 million sf, 70% of last year's record. The overall vacancy rate also fell to a record low for the second quarter, 2.7%.

NORTHERN VIRGINIA-The growth of high-technology enterprises in Northern Virginia, and those that service them, particularly law firms, has turned Northern Virginia into the strongest office market in the country. During the second quarter, this area saw 1.48 million sf of net absorption, 74% of it in class A space, according to a report by Delta Associates of Alexandria, VA.

Year to date, absorption amounted to more than 5.31 million sf, 70% of last year’s record. Another record is the decline in the overall vacancy rate, only 2.7% at mid-2000, the lowest ever. A year ago at this time, the rate was 3.2%. Chantilly is the only submarket here where the vacancy rate has risen, to 11.2%, the report says. 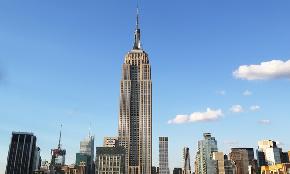