GREENWICH, CT-In addition to a favorable third quarter financial report, the shopping center REIT reveals it is in talks to purchase additional properties in the Westchester-Fairfield area.

Company officials state that the increase in FFO was due to recent leasing activity at some of its properties. Urstadt Biddle Properties is a self-administered equity REIT that owns 23 properties totaling more than three million sf of space. Its core properties consist primarily of shopping centers in the Northeast.

William Biddle, president and chief operating officer of the Greenwich, CT, based firm, comments, “As a result of recent successful leasing activity we expect the company’s funds from operations to be positively affected in the next fiscal year and thereafter. We seek property acquisitions that are acretitive to earnings and are currently in contract negotiations to purchase additional properties in our target area of Westchester County, New York and Fairfield County, Connecticut.”

The company also reports that on Sept. 13 its Board of Directors declared quarterly dividends on the company’s common stock and class A common ctock. 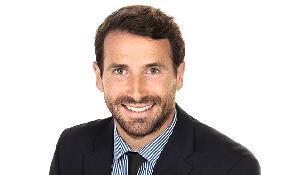 In the real world of retail real estate, interpreting and applying lease terms can be a messy business, particularly when it comes to property condition and maintenance.

LEX Markets To Take Another Building Public In An IPO

The new finance project is a mixed-use building in Seattle.