Despite Sale, Snapple Will Stay in White Plains

WHITE PLAINS-Cadbury does not plan to relocate Snapple's corporate headquarters away from here.

WHITE PLAINS-While it was reported yesterday that Cadbury Schweppes plc is seeking to acquire the Snapple Beverage Group from Triarc Cos. in a $1.45 billion cash and debt transaction, the deal will not mean a relocation of Snapple’s corporate headquarters operations here, GlobeSt.com has learned.

Chris Curran, a spokesman for Cadbury Schweppes plc’s Mott’s division in Stamford, CT says, “There are no plans to move Snapple. They are going to stay where they are.”

Chistropher O’Callaghan, a principal of McCarthy O’Callaghan Co., of White Plains, which has represented the company in its lease transactions, also says that Snapple officials have said that the company will remain at its current headquarters space.

The Snapple Beverage Group occupies a total of 73,784 sf at the 709 Westchester Ave. building where it employs more than 250 workers. The five-story building, which totals 119,100 sf, is owned by EastRidge Properties. Triarc Companies, which also owns the Arby’s, T.J. Cinnamon’s and Pasta Connection restaurant franchises, is headquartered at 280 Park Ave. in Manhattan.

The acquisition of Snapple by Cadbury is expected to close in the fourth quarter of this year. Triarc officials say that due to the sales agreement, it will be withdrawing a previously announced plan to file for an initial public offering for Snapple Beverage Group. 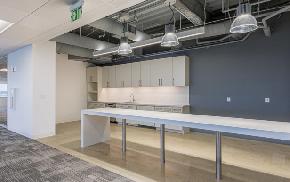