Merin is EVP for Cushman & Wakefield of New Jersey

EAST RUTHERFORD, NJ-The eal estate exec is one of just four to receive that title in the company's worldwide operations.

EAST RUTHERFORD, NJ-Andrew J. Merin has been named executive vice president of Cushman & Wakefield of New Jersey, and has also been named to the board of directors of parent Cushman & Wakefield, Inc. He is one of only four individuals to hold the EVP title among the company’s worldwide staff of 10,000.

Merin has been in the business for nearly three decades, and this past summer completed the biggest transaction of his career with the sale of the 1.8 million-sf Novartis campus in Summit, NJ to fellow pharmaceutical giant Schering-Plough. He was Novartis’ rep in the sale, and ultimately negotiated a multi-year lease for Schering-Plough, under which Novartis will continue to occupy the space until its own new facility is ready in Hanover Park.

He has been with C&W for 17 years, helping found the company’s Financial Services Group in 1987. He received the title of executive director in 1995, and for five of the last six years has been named C&W’s leading financial services group professional nationally. 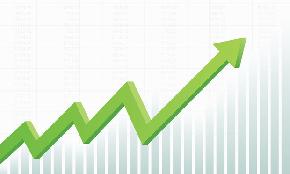