FORT LAUDERDALE, FL-The City Commission has told the developer of two planned 42-story Downtown apartment towers to lop off as many as 15 floors if he expects to get an OK when the project comes up for a final vote in two weeks. That action may signal the end of what has been a fee-and-easy local approvals process in the CBD.

FORT LAUDERDALE, FL-This city has never had a building height limitation, nor any specific parking requirements based on project size. A streamlined approval process has been in effect, and developers have even been exempt from state laws requiring impact studies to make sure roads can handle additional traffic from new construction.

What has been a builder’s dream may soon turn into a nightmare, however. The straw that has possibly broken the proverbial camel’s back on excessive high-rise construction is a proposal by developer Charles Palmer of Sea Ranch Properties.

He wants to build two 428-ft. tall, 42-floor apartment towers on a 4.35-acre site overlooking the New River that is now a parking lot owned by entrepreneur Wayne Huizenga.

Rather than give the plan a flat turndown, the City Commission told Palmer to trim building height and come back on Oct. 17 for a final vote.

Obviously, the project’s economics would be totally different if the developer cannot proceed with his original blueprint for 319 rental apartments, 118 condos and six townhouse villas.

It’s not just Palmer’s plans that have raised concern among local officials. A total of 14 projects with 10 stories or more are currently under construction or planned in the relatively tight confines of the Fort Lauderdale CBD.

Including Palmer’s proposed two buildings and a three-tower, 42-floor development planned by Richard Zipes, 17 new high-rises could be added to the Downtown skyline.

Giving builders virtually free reign was how the city sought to concentrate mega-projects in the urban core and allow ventures in outlying areas to be more modest in scale.

But without adequate roads and mass transit to bring people to the large Downtown office buildings, developers have rushed to meet the growing demand for walk-to-work housing. Seven of the new CBD towers would have apartments.

All this has the City Commission thinking that perhaps the time has come for Fort Lauderdale to become less high-rise friendly. Otherwise, Downtown traffic gridlock could become more of a daily rush-hour headache.

In addition to height limits, new local ordinances are being discussed that would closely review the bulk and character of proposed project designs. 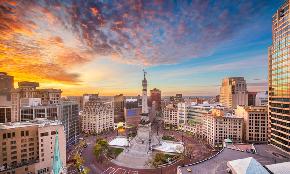