KANSAS CITY, MO-The City Market area, just blocks north of downtown, is adding to itsbudding entertainment district with the opening of a new restaurant andnightclub in the historic building that once housed the Oldham Hotel.

Oldham will be the name of the new eatery and basement lounge, locatedon the southeast corner of Fifth Street and Walnut Avenue. Therestaurant and bar are scheduled to open in December.The Oldham building housed a hotel for nearly 65 years, but has beenvacant for the past two decades. River Market Venture, an arm of MasterRealty Properties, Inc. purchased the building about five years ago.

Last December, several millions of dollars in renovations were started.Now the upper floors of the building are home to offices, including anadvertising agency, a landscape designer and a couple of law firms.About 2,000 square feet on the first level remain vacant.

But transactions are relatively quiet as markets rethink pricing.

Legal & General Enters US Life Sciences Market With $4B 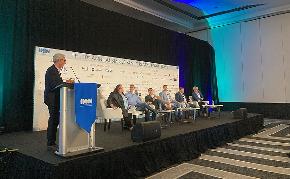 It’s the Perfect Time For BFR, But For How Long?

The speakers cautioned against pushing rents up too high while times are good.